How to Get on the Metaverse 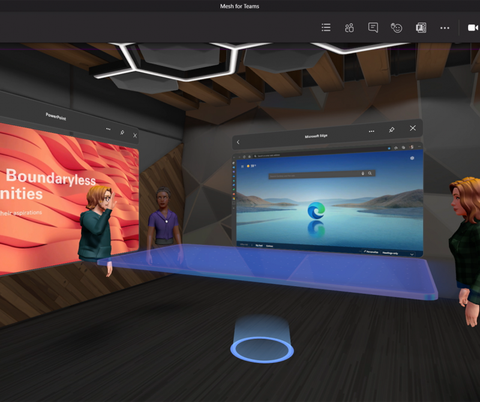 You might have wondered how to get on Metaverse. If you've never played this virtual world before, you're in for a treat! There are many different ways you can start exploring the world and having fun! Read on for some tips! After all, it's a lot more than just a place to play games. You can also buy land in Metaverse and expand your journey. Here are some of the best ways to get started on the Metaverse.

If you've purchased an Oculus Quest 2 headset, you may be wondering how to get on Metaverse. To do this, follow the steps below. First, you must turn on the headset. Next, navigate to the App Drawer on the Universal Menu. Once there, select the game you wish to play and press the trigger button on your controller. This will launch the game. Now, you can play and explore the Metaverse!

If you've already bought your Oculus Quest, the next step will be to download VRChat, a free app that helps you understand the metaverse environment. This app can be downloaded from the Oculus Store or from the App Store. Once you've installed VRChat, you can use it to interact with other users. It provides a tutorial for movement and interaction and includes access to over 25,000 community-created worlds.

Another way to experience the metaverse is by buying a virtual land plot. Decentraland is a massive virtual world where users can buy virtual plots of land. These plots are held as non-fungible tokens, similar to Bitcoin. To get started, you'll need a web browser and a cryptocurrency wallet. In the near future, you may not need Oculus' lineage at all.

Oculus Quest users in the UK will have access to Horizon Worlds, the Metaverse's platform for sharing content. Downloading Horizon Worlds is free and will allow you to join users from the US and Canada. The platform works much like an audio chatroom. By entering a world, you'll find avatars of people from other countries. This will enable you to interact with different people and share stories and experiences.

The metaverse has the potential to be a huge moneymaker, but that's not the only way to make money. Meta VR has admitted that the metaverse needs more work. It may take 5 to ten years for the metaverse to achieve its full potential. Regardless, the metaverse has an exciting future. And if you're looking for more information about it, you can check out this comprehensive guide.

If you've ever wanted to play an MMO with an incredibly social experience, you might be wondering how to get on Horizon Worlds. If you've never heard of the game, it's a social experience that allows you to create, connect, and test your skills with other players. There are also many other features, including virtual worlds, mini games, and even a trophy room. Here's a quick guide to getting started on the game.

When creating your own world in Horizon Worlds, you'll have to learn a little bit about programming. You'll want to learn Python and Photoshop before jumping into this game. There are a number of features that will make it easier for you to customize your world and create interactive objects. The Paint tool options are similar to those in photo-editing apps, and they let you select colors from other objects. The Operators are another tool that will allow you to create custom behavior for your objects. These require a little bit of experience.

The game is currently available in the United Kingdom, Canada, and the US for owners of Quest 2. It is also coming to smartphones later this year. While Meta has not released specific dates for the game's release in other countries, it has promised to bring the VR experience to a wider audience. The developer is also working to improve its developer program and increase its number of players. But the question remains: how to get on Horizon Worlds?

In the first phase, Horizon Worlds will be free and exclusive to Quest, a gaming platform that allows users to create virtual worlds and interact with others online. The game will be similar to other social networks such as Facebook Spaces, or Oculus Rooms, except that it will allow users to make their own worlds and meet others in different worlds. The only thing that can prevent people from playing Horizon Worlds is age, so it is recommended for adults 18 and up.

Meta has also announced that the game is experimenting with new tools for creators in Horizon Worlds. The developer has promised a comprehensive 3D asset library and a customized metaverse environment. Meta has also revealed that the new service will have creator fees of 47.5 percent, which is significantly lower than Roblox's fees. If you're interested in making a virtual game, you can sign up for the beta version and try it out yourself.

Decentraland is a virtual world that launched in 2015. The game allows its users to construct and explore their own sceneries and the habitats of others. The game uses a blockchain and fungible tokens, known as MANA, to link the economy. In order to play, users must invest their MANA to build properties. If you're interested in playing Decentraland, here are some helpful tips:

The marketplace on Decentraland features land parcels, which can be bought and sold by participants. These parcels range in size from single squares to consolidated swaths of the virtual landscape. Prices for parcels depend on their size and the owner's willingness to sell it. The market is open to developers, who can access customisation libraries and payment implementations to create their own scenes.

Access to the Decentraland website is free, but you will need a Web3 browser wallet, such as Metamask. To get the full immersive experience, you will need a powerful PC or gaming PC. You can adjust the graphical settings to suit your hardware. While the Decentraland web version is an in-browser experience, there are plans to develop a mobile application and VR client.

The Decentraland metaverse blockchain allows you to participate in the game through a virtual character. These characters can be customized to reflect your preferences in body structure, shoes, clothing, and accessories. As you explore the growing network of digital places, you can also customize your avatar to look and feel the way you want it to. You can even customize your avatar's personality by changing its appearance or even adding your own unique touch.

A popular crypto currency in the market today is the MANA token. It's a popular currency in the world of crypto and has received a lot of attention. The MANA token reached a high of $6.00 in 2021, but has fallen by half since then. In the meantime, it still benefits from first-mover advantage. Furthermore, Decentraland is also partnered with Sandbox, a Metaverse world.

If you've been curious about how to get on Fortnite's "metaverse," you're not alone. This popular video game continues to build upon the foundation laid by Epic Games. Recently, it announced that it will partner with all major manufacturers of virtual and augmented reality glasses to develop the game's metaverse. While Epic recently abandoned its multiyear effort to get Fortnite approved in China, it will remain committed to developing the game and providing tools for other creators.

Epic Games' CEO has plans to turn the game into a "metaverse" and is battling Google for control. The company used its seventy million monthly users to prove the concept of the game's metaverse, generating millions of dollars in revenue through "live" concerts with celebrities such as Travis Scott and Arianna Grande. The idea of creating such a world is so attractive that the company has already renamed it "Meta Platforms Inc."

As the game has become increasingly popular, Epic Games has expanded the game's lore to include other content. The game has become a destination for concerts, comic stories, political talk shows, and even honoring athletes and content creators. The metaverse concept has been growing in popularity, and it's becoming more popular every day. Fortnite will eventually serve as a digital hub for music and digital content. The developer has also started working on TV shows and movies that will be available in the game.

While visions of the "metaverse" may be a bit farfetched for most people, the game industry has a unique advantage. Not only does it produce video games, but it also creates the backdrops for big Hollywood productions. The Unreal Engine, which Sweeney developed in 1998, powers hundreds of media properties, including Fortnite. Navok says the game industry has a huge advantage in creating the Metaverse.

Epic Games has been busy making acquisitions to create new content for the Metaverse. They've introduced the concept of Party Worlds, which are virtual spaces created by players that are intended for social interaction, but don't link to other islands in the game. The company has partnered with developers fivewalnut and TreyJTH to create the new content. The developer also encourages anyone to create their own Party World.